Our family, now in it’s fifth generation, and staff have built a tradition of providing professional caring and personalized service to Central Minnesota. For over a century, our goal has been to fulfill every person’s wishes regarding funeral preferences. We professionally offer a wide variety of both traditional and cremation choices.

The staff of the Daniel Funeral Home has grown to it’s present size through the adherence to our tradition of providing uncompromising personalized service and allowing families of Central Minnesota to celebrate life.

We are now in the fifth generation of serving the Central Minnesota area. Our success over these many years is based upon our genuine concern for the people we serve—as well as our thoughtfulness, compassion, and respect.

These qualities, established in 1881, have been handed down from generation to generation—remaining with us and the families we serve. In 1881 Arnold J. Daniel, Sr., a German ship builder and founder of the Daniel Funeral Home, came to America. When he arrived, he worked as a cabinet maker in St. Cloud. In 1881, he formed a partnership with Rudolph Huhn and started a furniture business—signaling the birth of the Daniel firm. J. Daniel, Sr. graduated from the Champion College of Embalming in St. Paul, MN. This established him as one of the most qualified providers of funeral services of his time. As with many furniture companies at that time, Arnold built caskets to accommodate burying of the dead. Along with providing the caskets, he began “undertaking” many tasks associated with funerals—he became the local undertaker. As the services he provided for families expanded, he established the Daniel Furniture and Undertaking Company. On July 17, 1896 Arnold J. Daniel, Sr. graduated from the Champion College of Embalming in St. Paul, MN. This established him as one of the most qualified providers of funeral services of his time. In 1911, Arnold built a three story furniture store on Seventh Avenue North, a few doors down from his original location. This furniture store played an instrumental part in funeral service, since there were no funeral home structures as we know them today. 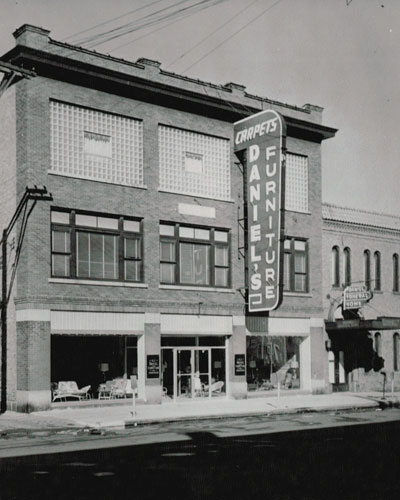 First funeral home in the city of St. Cloud

In 1932, the first funeral home in the city of St. Cloud was built by the Daniel family. On November 24, 1934, Arnold J. Daniel, Sr. died—leaving his children to carry on the family business. In July 1992, the Lindquist Funeral Chapel, a Clearwater funeral home dating back to the 1940’s, was purchased by the Daniel family. In August of 1998, this facility was replaced with a new funeral home and Wright County’s only crematory. It is among the finest crematories available in the state of MN.

In 2001, the Daniel Funeral Home in St. Cloud expanded by nearly 6,000 square feet, greatly enhancing its size and giving it one of the largest funeral chapels in the Central MN area. Daniel Funeral Home is a leader in technology and media sources offering: a personal web page, guest book, video tribute, floral arrangements and other memorabilia online. We also supply a diverse selection of memorial packages, allowing families to uniquely personalize their loved one’s life. 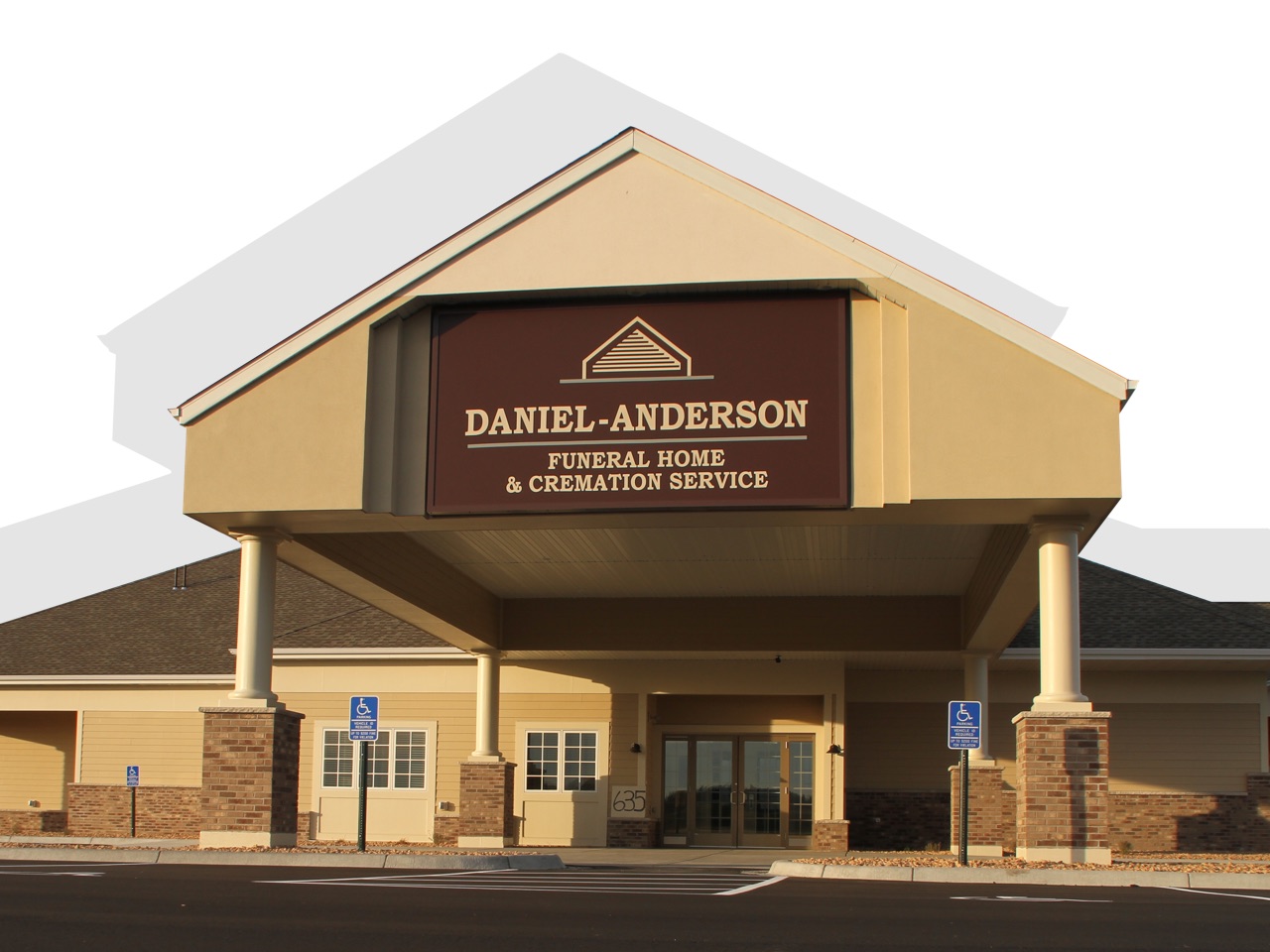 In December 2018 the Paynesville Daniel-Anderson Funeral Home has a new location to better serve the community. The new funeral home will provide the same personal service with the addition of a beautiful funeral chapel, spacious family lounge and ample parking.

Mouse over the slideshow to prevent it from auto-advancing.